The New England Patriots win again. Those who know me, know that I’m not a big sports fan, but I do like stories about great sports strategies. The Patriots’ story is one of head coach Bill Belichick. You see, it doesn’t matter who happens to be on his roster or on his coaching staff he continually wins. Belichick is the only head coach with six Super Bowl wins and he has the highest winning percentage in NFL history (.685). Now that is a great story! This coach with two and half weeks to prepare, is able to understand the opponent, take stock of the talent on his team, and assemble a proven game plan. In executing that plan he has won 6 out of 9 Super Bowl appearances since 2002. Love or hate the Patriot’s that is an unbelievable feat.

But what does that have to do with real estate?

Now that the Super Bowl is over, the last “unofficial holiday” of the holiday season has come to an end, and the “Listing Season” begins. We will start to see homeowners list their homes for sale, and buyers will start house hunting again.

This seasonal shift in the real estate market happens every year after the Super Bowl.  From the end of the Super Bowl until the end of April in Southern California is the “Season to Sell.”  Inventory levels are still low and buyers who started house hunting last May but did not buy over the summer or winter will now come out from their holiday hibernation. They awaken and suddenly become hungry and more motivated to purchase a home.  If you have ever wondered when the best time of year to sell a home is, you are now looking at it.  Historically this time of year will give you the best opportunity to get the highest sales price during the calendar year.

We have had a higher standing inventory at the beginning of 2019 than in the past six years.  This means that we are no longer in a “Hot Sellers” market where you get multiple offers over asking price in the first week on the market.  We started 2019 in a buyer’s market but we have now transitioned to a “Balanced Market” where neither the seller nor the buyer has the advantage.  Homes will take longer to sell and may sell below the original asking price depending on pricing strategy.

New Home Builders are also feeling the effects of this balanced market.  My inbox has been filling with emails from builders asking for Realtor’s help in selling their homes, with information on quick move-in and incentivized homes for sale.  We represent buyers on new home sales year-round but when the demand starts to slow builders increase their efforts to reach out to us to help them sell their inventory.

Quick tip it is always a good idea to take an agent with you on your first visit to a new home development to help with purchase of a new home even if you are just looking.  A good agent may know about homes the builder wants to a quick sale on or homes that have fallen out of escrow.  They can help represent your interests, ask the right questions, and also negotiate on your behalf.

Don’t get confused and think the bottom of the housing market is falling out.  We are just shifting into a more neutral market where you need a great negotiator and proven marketing plan. It’s predicted that there will be an overall appreciation in the home prices this year but not as high as we have seen in the last few years.

Steven Thomas, economist with Reports on Housing is predicting 1 in 4 home sellers will not be successful in selling their home this year. Only sellers who accurately price their home and are in perfect alignment with the market will get their homes sold.

That means to successfully sell your home, you need a winning game plan just like Coach Belichick has for the Super Bowl. You will need an agent who understands the market, can help coach you in preparing your home or offer, who does not tell you what you want to hear, but tells you the truth, one who will listen to your needs, and has a proven plan to execute and give you the highest chance at a successful home selling or buying experience.

Thank you to Ken Yonemitsu from www.ocrealestateadvocate.com for contributing to this article. Ken is the one who put all the sport connections together. He also helped write much of the article. Thanks Ken! My sport of choice is real estate negotiation of course! 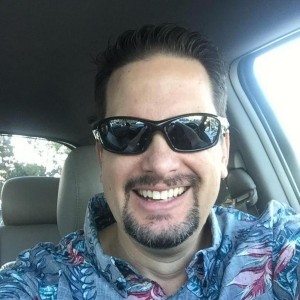 Richard Wamsat is an author, a deep thinker, and master of home sales. He lives in Irvine, California with his wife Brandy and a fluffy white dog named Murphy. His knowledge of real estate spans two decades having purchased his first home at the age of 19. He has worked in both Northern California and Southern California markets and has fought with banks to save client's homes or get relief from underwater mortgages during the Great Recession. Richard is a licensed real estate agent with Coldwell Banker Residential Brokerage - CalRE#01345167. He has earned the designation of Master Certified Negotiation Expert from The Real Estate Negotiation Institute, a member of the Harvard Program on Negotiation. Connect with Richard on Twitter @rwamsat, or on his website https://ocluxehomes.com

By Far Our Smoothest Transaction

My wife and I have bought 5 homes in our life and thanks to Richard this was by far the smoothest transaction.
~Spencer & Alexis

I’d Recommend Richard to a Friend in a Heartbeat!

As a first-time buyer, I had a lot of questions and hesitancies. Richard proved to be an all-around trustworthy and thorough agent. I would recommend him to a friend in a heartbeat.
~Mitch & Eilleen

Richard will PROTECT you throughout the entire buying process

Selling your house and buying a house are both very stressful but if you have Richard in your journey, things will be easier, smoother, manageable and very enjoyable.